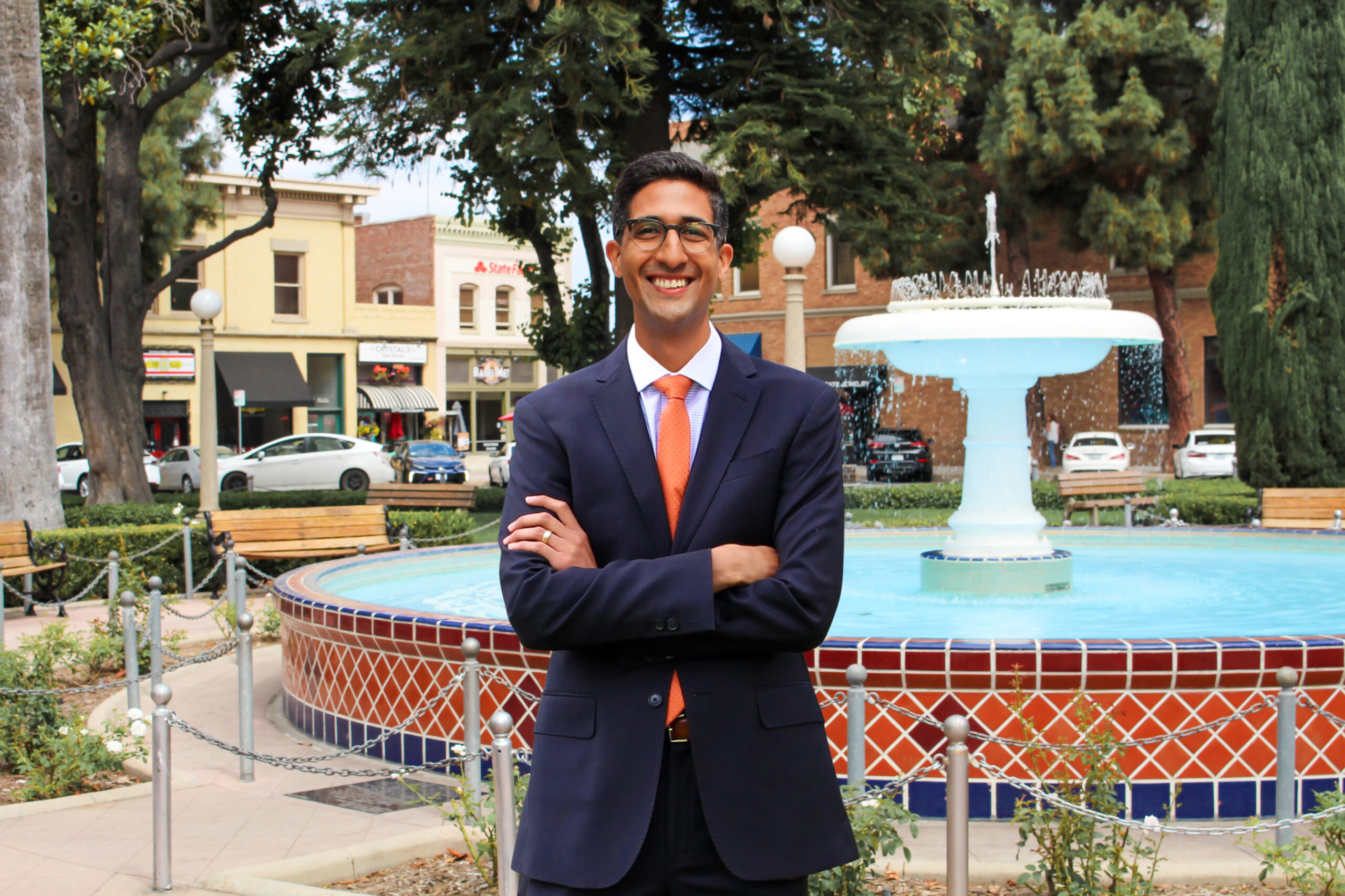 Orange (CA)— City of Orange Planning Commissioner, university leader and educator David Vazquez today announced his campaign for Orange City Council District 1. He has qualified as a candidate on the November 2020 General Election.

“I am a husband and father who wants to ensure Orange’s future is secured for my children and generations of Orange residents to come,” said Vazquez. “That’s why I am running for City Council”.

As a City of Orange Planning Commissioner, Vazquez has contributed to the development of Orange’s neighborhoods, commercial districts, restaurants and schools. He has worked to protect and preserve the historical charm of the Old Towne, Orange Historical District, while addressing the needs of the community and building for the future.

“I am proud to endorse David Vazquez for Orange City Council District 1,” said Orange Mayor Mark A. Murphy. “He is a proven leader and will put the interests of Old Towne residents and businesses first.”

Public safety is a top priority for Vazquez. He is committed to ensuring that the city has the resources necessary to keep residents and neighborhoods safe and addressing homelessness.

“The current pandemic has wrecked our local economy,” Vazquez continued. “As Councilman, I will work to help small businesses in Orange weather this storm and create new jobs.”

With the endorsements of Orange Mayor Mark A. Murphy, and Councilmembers Kim Nichols and Chip Monaco, Vazquez is endorsed by a majority of the City Council. Vazquez is also proud to be endorsed by state and regional leaders representing the City of Orange, including California State Senator John M.W. Moorlach and Orange County Supervisor Donald P. Wagner.  He is also supported by District 1 community leaders, including former Orange Mayor Pro Tem Fred M. Whitaker, John Aust, Doug and Susie Willits, Ernie Glasgow and Orange taxpayers.

Vazquez holds a Master’s of Public Administration from USC and is a senior leader at Vanguard University (Costa Mesa), where he is also an adjunct professor of government. He, his wife and young son are proud residents of Old Towne Orange.

David Vazquez is a candidate for Orange City Council, District 1 on November 3, 2020. District 1 is home to over 23,000 residents and includes many of Orange’s most notable and cherished locations, institutions and establishments: including the Old Towne Historic District, Orange Public Library & History Center, Chapman University, CHOC & St. Joseph’s, and Hart & Pitcher parks.